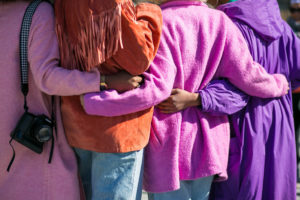 The title for this could also have been;

Being a huge fan of Brené Brown and loving her work on Courage, Vulnerability and Shame comes in handy quite often.

Our Hope Network Weekly Group Support call topic last week was, ‘What is it to be doing “enough” as a parent?’ When the subject of siblings feeling frustrated and angry toward their sibling with an eating disorder came up, my enormous soft spot for siblings was poked. Before you could say, “Your sister’s eating disorder can suck the air out of a room.” my momma bear defense of the frustrated, sad, angry, shafted-feeling sibling was activated and before you know it I said, “Your sister sucks the air out of the room.”

So you can imagine the shame that bubbled up when I realized this mistake (which was right after it came out of my mouth) since I’ve been training families to use the neutral language of separating the illness from the person for about 18 years now. Thankfully a very experienced, kind and wise parent in the group both validated what I’d said and redirected to the neutral language of not blaming the ill sibling. I told the group that this would be the topic of my newsletter today. Why? Every parent has told me they’ve made this mistake and then they feel they’ve failed their child. Also, because this stuff is HARD. And we are NOT going to do it perfectly…even after many years of practice. And that is okay. And amends are important to help us all heal.

Whether or not you find the concept known as ‘Externalizing the Eating Disorder’ useful or not, regardless of a person’s illness or condition, it’s less shaming to use the neutral language of the illness bringing about the behavior in the person.

It helps me so much to hear Brené Brown say, “Do you know the way blame is described in the research? A way to discharge pain and discomfort.” Clearly I reverted to blaming the person with the eating disorder rather than the illness itself because of the pain and discomfort of seeing yet another sibling have their needs go unmet due to the eating disorder’s all consuming manner in a family system.

As parents, partners and other family members who care deeply about a loved one with an eating disorder, we will all make mistakes. We are asking our loved one in recovery to let go of perfectionism and we can help them by practicing it ourselves. We can name our mistake and make amends and not have what Brené Brown calls a ‘shame spiral’ and have it impact our worthiness. Remember the acronym, H.A.L.T. – Hungry, Angry, Lonely, Tired? When we are any of those things and/or also having a trauma triggered, we’re going to make mistakes. That is part of being human. 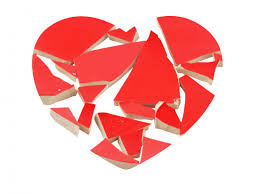 Being the family caregiver of a person with an eating disorder is so heart shattering and hard. When we allow for mistakes, practice being okay with not being perfect and learn to live in a state of vulnerability rather than trying to control a situation, then we can allow for joy to creep in. Really.

Here is one of my favorite quotes from this talk of Brené Brown’s, in which she talks about living in vulnerability rather than controlling and predicting…, “Vulnerability is the core of shame, fear and our struggle for worthiness. But it appears it’s also the birthplace of joy, of creativity, of belonging, and of love.” You can see the whole video here on YouTube.

We are all worthy of love and belonging indeed. 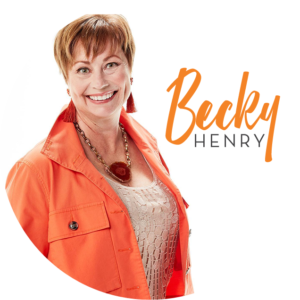