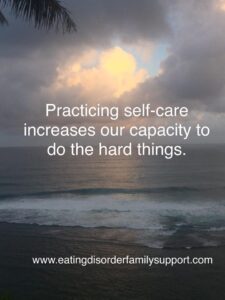 If you read my newsletter last week, you won’t be surprised that this weekend is a bit wild and we’re in the process of selling our house here in Minnesota. So, I’m re-sharing Dr. Ed Tyson’s definition of recovery as I’ve been getting more questions about what recovery means.

But first the exciting news!

The Eating Disorders Coalition of Iowa is now an Affiliate Partner for the Hope Network HUG Kits and the Recovery Roadmaps “Going From Panic to Plan” 3 part webinar series. They are making support for the family caregivers a priority and this partnership will help fund more parent support for their families. Here is the link to their site with our resources for families.

And now, Dr. Ed Tyson’s thoughts on how to define recovery from an eating disorder: (Disclaimer – as of 2021 there still is no official agreed upon definition of recovery by the eating disorders medical community.)

For a patient to be recovered from an eating disorder, the following are essential considerations: 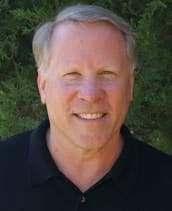 1. As a physician, I would answer this similarly to how I would declare someone “cancer-free”. That means no remnants of the disease exist in any aspect nor are they likely to return and additional treatment is not considered worthwhile. The full treatment team has to agree that treatment for the eating disorder is no longer needed.

3. Competent medical assessments must be done for much of the treatment phase, including at the end of treatment. This is probably the weakest link in most treatment teams as there are few physicians who are trained in medical care of eating disorders. But, it is still necessary to ensure safety and the status of “recovered.” I am not saying that just because I am a physician, but because the medical issues in eating disorders can be both dramatic and subtle and any aspects that have the potential to rekindle the eating disorder need to be completely obliterated.

4. Incorporating exercise is a must as it is part of a healthy lifestyle. A recovered patient has learned to incorporate exercise and has done so in what the treatment team believes to be a balanced, appropriate manner. If the patient is a competitive or professional athlete, there is a consistent pattern that the increased demands of the sport have been met nutritionally, physically, and emotionally.

5. There are no longer any precautions or restrictions in place, such as limited hours at work or school. Adaptation to those environments is complete.

7. To be declared “disease-free” or “eating disorder-free,” the patient needs to be followed by the treatment team for approximately two years, during which time there has been no evidence of eating disorder behaviors or attitudes and the full demands of everyday life are being met. Having observed patients who remained well and eating disorder-free, two years represents a reasonable and appropriate period of time.

8. I do not include “being at ‘ideal’ body weight.” That is because weight is such an individualized measure and no one can reliably predict exactly what weight is “ideal” for a given person (guesses can be pretty reasonable, but this is about being recovered, not being better).

Recovery is so much more than a measure of gravitational force. Being recovered is much less about weight per se and more about what weight now means to the sufferer. Other physical indicators are much more reliable, including vital signs and physical exam and these must indicate normalcy. Finally, a patient must not be afraid of her or his own weight and must not refrain from getting weighed. They must be able to be weighed without trepidation and the number on the scale needs to be interpreted in an appropriate manner. For example, if a patient with an eating disorder also has congestive heart failure, an increase in weight may indicate excessive fluid buildup. The concern is not being too big or being overweight in the usual sense, but rather having a worsening medical issue.

9. For an illness as serious as an eating disorder to be eliminated from one’s existence, there needs to be some powerful sense of gratitude, acceptance and perspective. When a patient declares to me, “The worst thing that ever happened to me is now the best thing that ever happened to me,” then I am highly confident that that person is unlikely to return to the eating disorder. They stated, in so many words, that God had given them the eating disorder as a gift and without it they would never be in such a positive place as they are now. “As hard as it was, I hate to think of where I’d be if I had not gone through my treatment and recovery. I never want to go back to that life again.” In short, my patients recognize that it took an eating disorder to push them to face the issues they had to face to have a happy, full life. ~ Dr. Ed Tyson

Thank you to one of the most knowledgeable and influential eating disorder doctors I’ve met for sharing this wisdom. You can read more about the work of this remarkable Ed Dr. Ed here.

Have a great week everyone! Seize the day~