The In-between Time in Eating Disorder Recovery – by Intern Anna 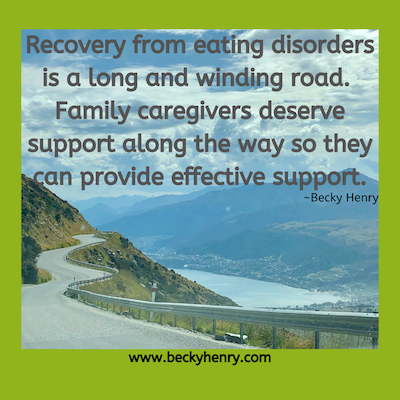 Understanding that recovery isn’t linear and that it’s not just us the parents who want it sooner than later can help us be more patient. My summer intern, Anna shares her insights here on what she calls, “The in-between time” before full recovery.

Letting go of logic and having compassion for this very winding path can go a long way toward giving a child in recovery the space and time they need to really do the hard work to be able to claim full recovery and what that means to them. ~Becky

With that, I hand it over to Intern Anna!

The in-between time. I like to think this is a phrase I made up, but maybe it already existed before me. Anyways, I think the definition of the in-between time is the period before you are fully recovered from your eating disorder, but after the period of the most intense symptoms.

For me, the in-between time was the most difficult by far. My mindset with nutrition had been restored, but was still told that I had to keep eating an amount of food that I was not comfortable with and could not exercise. I did not get it at first. Why must I keep doing those things if I was nutritionally restored? It made no sense to me.

My dietician did a good job of explaining that my body was still recovering from the nutritional deprivation and damage the eating disorder had put it through. My body still needed to learn how to trust me again. It did not know that I was intending on feeding it normally again. If I would have started exercising again or gone back to my old eating patterns, my body would be put on survival mode again.

When it was explained to me like that, it made a lot more sense. It was like if I had been rude to a friend multiple times in the past, I would not assume that the first time I was nice again they would instantly trust me. Trust needs to be rebuilt after it is lost. So it is with the body too.

Why was the in-between time so difficult? 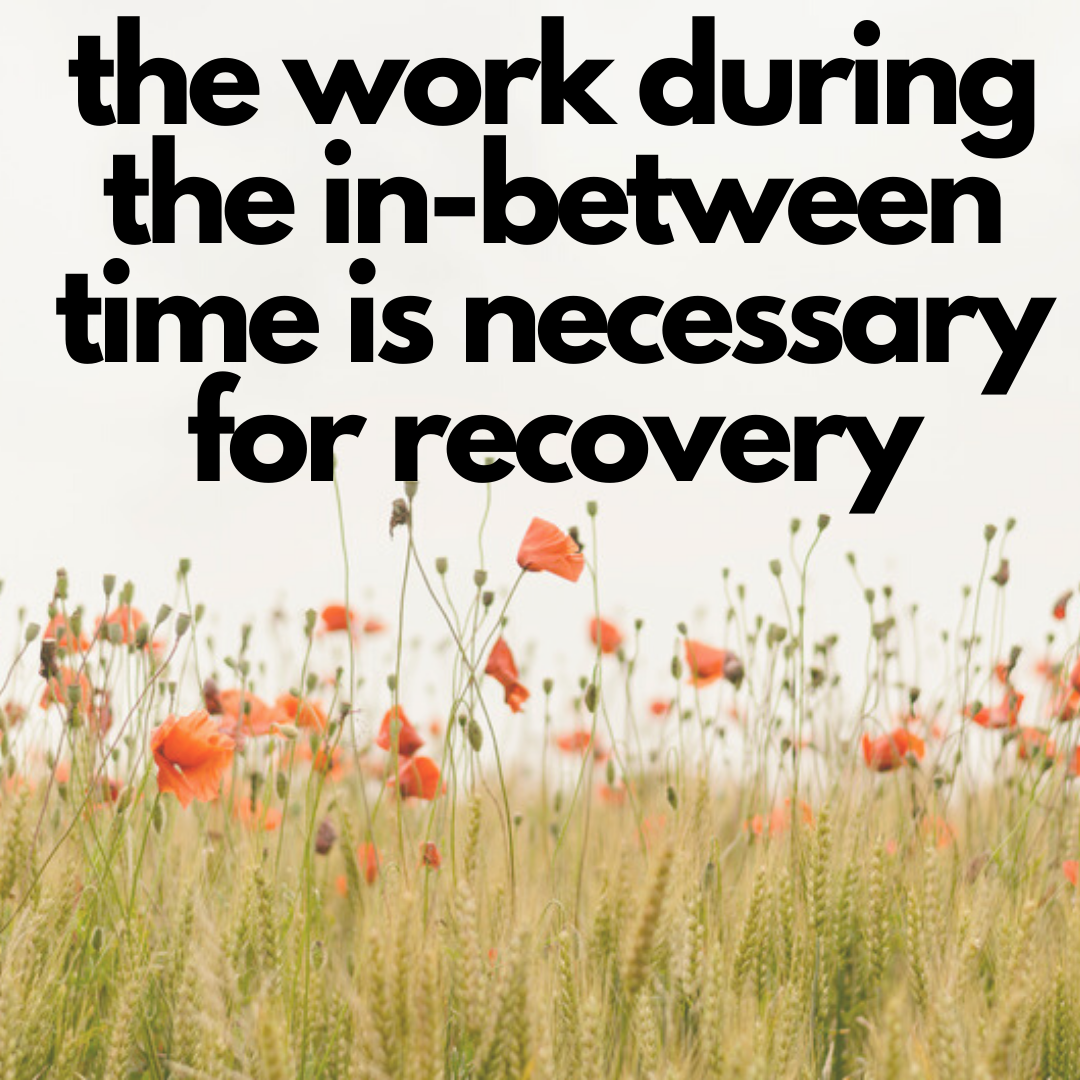 Because I wanted to be fully recovered and start my “normal” life again. I did not want to be held back by the diagnosis anymore. I wanted to ignore that anything had happened.

The in-between time forced me to think about where I had been, where I was now, and where I wanted to be. I so badly wanted to jump forward and get to a spot where I could say I was recovered. My dietitian kept telling me I needed patience. If I kept working hard and slowly changing the unhealthy cognitions, I would get there. But right now, I needed to focus on the day by day decisions I was making.

I needed to stay present and ensure that I was giving my all to each meal and each snack. If I did not take this in-between time seriously, it would be easier to relapse. By building a stronger foundation and taking small steps, I was setting myself up for greater success. I needed to make sure my mindset had changed before going back to “normal,” more intuitive eating. 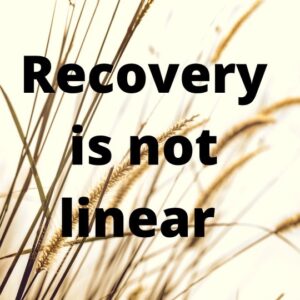 Sometimes it felt like I was making snail-like progress. I remember going for a run one day and thinking “crap, I ruined it all.” My therapist reminded me that recovery is not linear. I was still healing and still figuring out which thoughts were Anna and which were my ED. I had stumbled, but I could get back up again.

The in-between time teaches you that you are resilient. That recovery is a choice you need to make every day. That it is important to have patience and stay present. All of these truths are important for caregivers to remember as well.

I can officially say that I am now in recovery from my eating disorder. That is truly freeing to say out loud. The in-between time was necessary for me to get here; so I could learn that falling down is not what defines you, it is what you do after you fall down. Get back up, there is another day ahead.